Dr Joanna Kennedy: How far have we come? And how far to go? 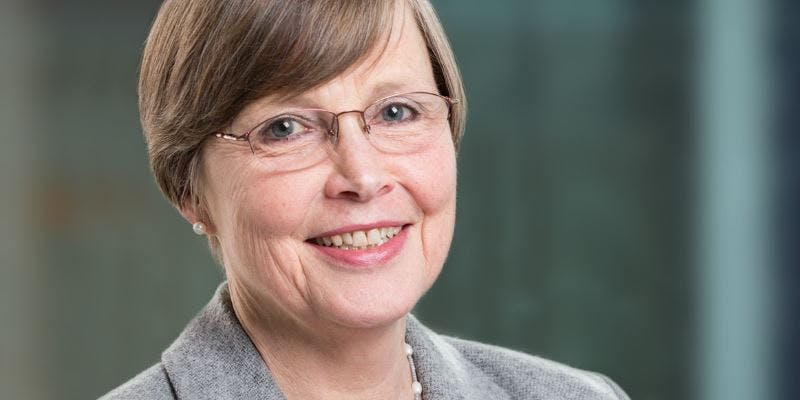 Dr Joanna Kennedy: How far have we come? And how far to go?

Still a need for significant change

In the late 1960s my original motivation to become a professional engineer was to use my technical skills in maths and physics in a creative way to make a positive difference to the way people lived and to their quality of life. I didn’t know any engineers and so rather hesitantly at the time took my first steps in the profession by applying to university to study engineering. Almost 45 years later my engineering career has more than exceeded my expectations! So I am keen to encourage any young person to consider engineering as a fulfilling, worthwhile and exciting career. I have also seen first hand over the years how much needs to be done to encourage girls into engineering and to help more to rise to the top of the profession. Although there has been an increase in women making their mark since I started, there is still a need for a significant change. What more can be done?

I started off in my engineering career after graduating from Oxford University engineering in 1972, as just one of three girls in a year of over 100, and I joined Arup as a bridge engineer.  I enjoyed projects on site such as Runnymede Bridge over the Thames to complete the Western M25 motorway. 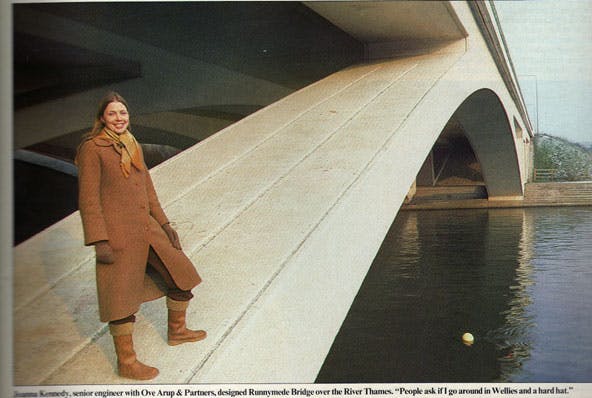 At that time a woman on site was a rarity and I was constantly greeted by surprise, typified by a man delivering a lorry load of concrete who could not believe it was a woman who was judging whether his load was of acceptable quality. Today over a million vehicles each week drive across that bridge.

In the 1980s the media, as well as the profession, began to take the shortage of women engineers more seriously, and I was invited by Beryl (Lady) Platt to become involved in the launch of WISE, which took place on 17 January 1984. The proportion of female engineering students at University was running at below 10% and women were virtually unknown at the most senior level. After I was appointed by the Minister to the Engineering Council there followed numerous requests for interviews and school talks.

How many daughters, or indeed sons, are saying that? When my first son was born in 1985 my firm had no maternity policy and I was handed my P45 when I took maternity leave. They did re-employ me! Believing that the lack of a career break policy was a key issue holding women back, a female colleague and I successfully pressed the firm to develop such a policy and it did so before my second son’s birth. After short career breaks and several years of working three or four days a week I was able to combine my developing career with bringing up my sons and playing an active role as a headmaster’s wife. Today I am very gratified that for the last three years Arup has been recognised by The Times as one of the 50 top employers for women and a leader in its approach to diversity, a tremendous example of positive change. Effective mentoring also has a key role for professional engineers in early to mid-career and it is great that WISE is encouraging that. 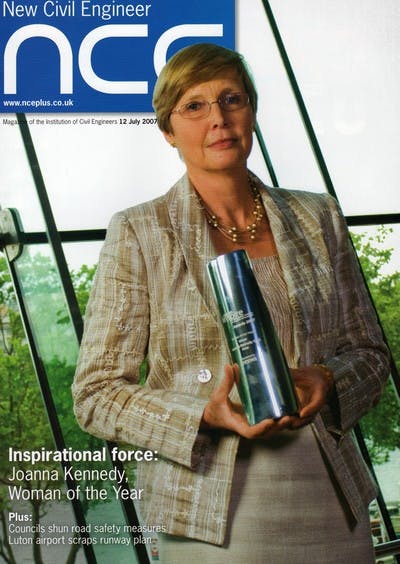 The lack of senior women in my particular field was made clear when I became a Fellow of the Institution of Civil Engineers (ICE) in 1992; it turned out there had only ever been three others since the ICE was founded in 1818. I was honoured to be awarded an OBE in 1995 “for services to consulting engineering” and to be elected a Fellow of the Royal Academy of Engineering (at that time, the tenth woman across all engineering disciplines) in 1997.

A profession where ideas, inspiration and team work matter most

The team aspect of all good engineering is one of its strengths but is also a reason for poor media coverage. It is too easy for a journalist to identify and profile X as “the architect” of Y; but our great engineering structures usually result from a team of professionals and no one person, even the team leader, can take sole credit. There are some great current examples of women engineers in the media so we all need to raise our profiles.

Sense of achievement, variety, intellectual challenge and travel are among the rewards

In 1995 I helped create a new Project Management business for Arup, which has become one of the world’s leading multi-disciplinary consultancies.  One of my proudest moments was as leader of the practice, when we won Project Management Company of the Year in 2007 when the awards were started (a success repeated in 2012). All the other winners in the photo are men! 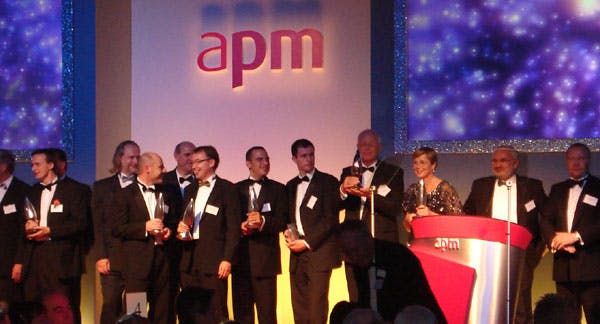 From 2010 I was the global leader of Arup project management, which has grown to over 600 people in 26 countries and is responsible for the management of well over £16bn of capital projects. Among its successes was the £250 million power lines tunnelling project beneath the Olympic site, described by the Delivery Authority as “probably the highest risk and toughest project we’ll do on the Olympics, setting a fantastic benchmark to every other project that follows” - it was completed on time and within budget, just as well since the entire Olympic site could not otherwise have been created. 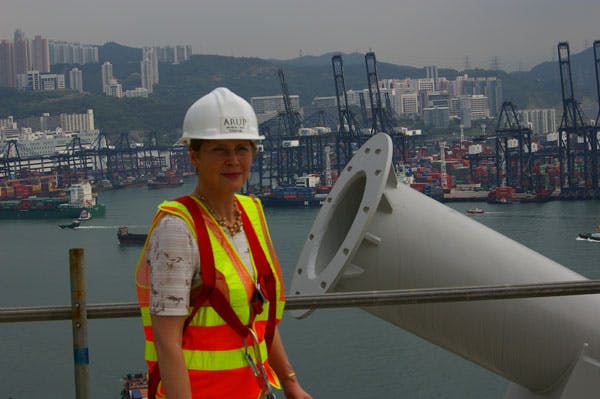 In a long career as a chartered engineer I have been lowered into the caissons of river bridges, viewed Hong Kong from the top of Stonecutters Bridge tower, raised a submarine and travelled all over the world. I have worked on an enormously wide range of projects including the London Thameslink station, Kings Cross Underground station, numerous research labs, the South Bank Centre redevelopment, Hackney Empire Theatre, National Maritime Museum Cornwall and the Credit Suisse offices in London (where coincidentally one of my sons now works). Particularly fulfilling among my recent projects have been our global programme management commission with Deutsche Bank and the Defence and National Rehabilitation Centre proposed for Stanford Hall, which will in due course provide state of the art clinical rehabilitation services to our wounded military personnel.

I retired from my firm in late 2013 after 41 years (you never think when graduating that you might stay that long), a few months after being selected as the Real Business/CBI First Woman of Engineering in the 2013 awards. I retain several non-executive roles and as one of the five Patrons of WISE offer the organisation many congratulations on its first 30 years and in plans for the future. 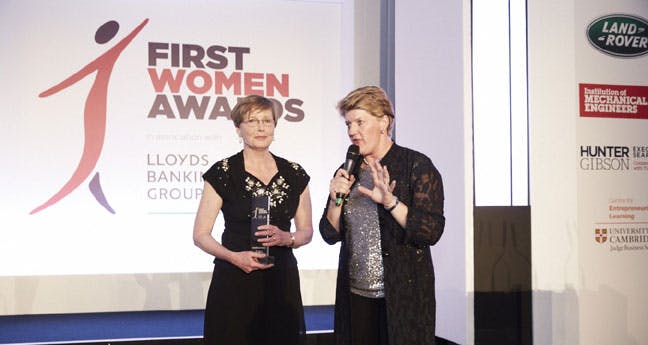 What more can be done?

The latest statistics on women in STEM still show that much more needs to be done. Why can’t we take a step change in overall numbers like the medical profession has? It is not so widely known that until the 1960s fewer than 10% of British doctors were women. That profession has changed so much that today 60% of doctors under 30 are female. But in medicine there was never a great shortage of doctors, it was just that the balance was wrong. In engineering, we produce too few engineers and need to recruit from both genders to put that right. Sir James Dyson has cogently argued that the UK faces the need to recruit an additional 87,000 engineers a year (of both genders) to meet demand.

There are three areas where I believe we need to focus:

Recruitment: Encouraging more girls to study the right subjects at school and university; but the woeful shortage of physics teachers will take time to put right

Retention: making sure all employers have attractive career paths for women and offer the flexibility to combine a career and a family

Progression: seeing more women progress to senior levels in their organisation. This is the area I personally see as a priority as there are so few women in STEM at the top in their field. I fully support the current WISE initiative to produce a good practice guide for employers on career progression, led by senior industrialists, including the need for measureable targets to demonstrate change.

Here is what I think each of us can do to progress our own career and help others:

We can all make a difference and I look forward to attending the 40 and 50 year WISE celebrations in the future.