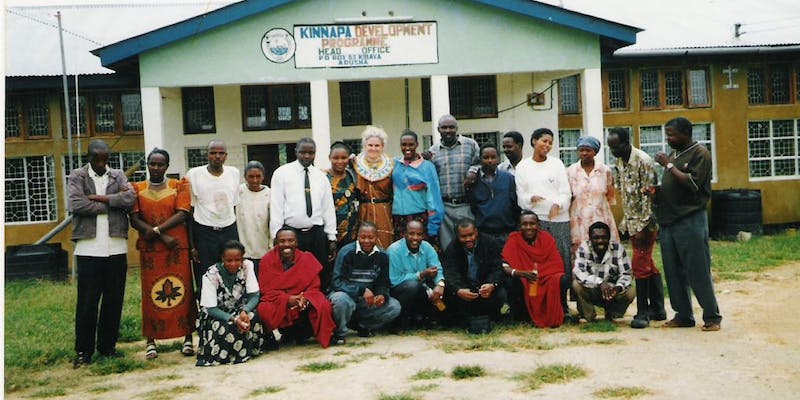 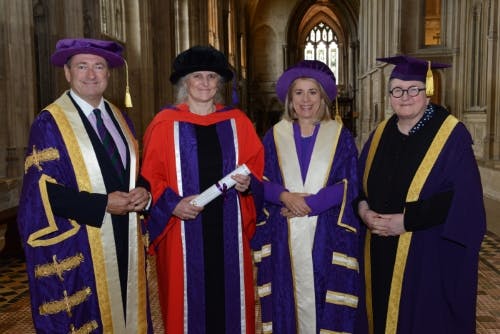 In 2016, Sarah was awarded an Honorary Doctorate of Letters (DLitt) by the University of Winchester for exceptional services to social justice.

In the news: University of Winchester honours prominent figures at Graduation 2016 - ICE member recognised for services to social justice 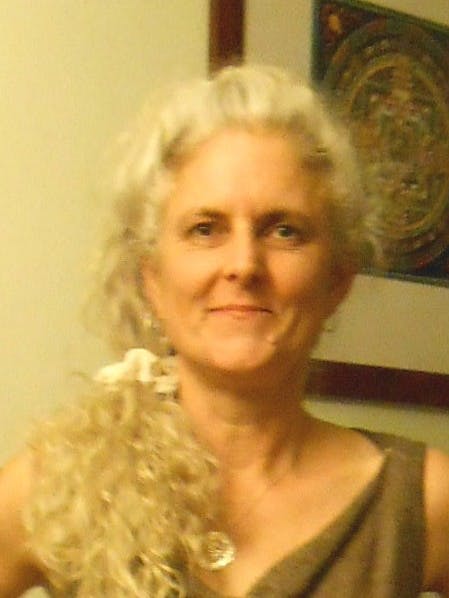 I went on one of the first, if not the first WISE week, in Cardiff back in 1984. I was in my sixth form and I had been given a leaflet from my female physics teacher who knew I was interested in possibly doing engineering as physics was my favourite subject. I was the first person in my family to go to University, second in my much wider family, and the only one in my direct family to consider becoming an engineer, although I had an aunt who was a Radiographer which involved medicine, science and engineering.

The event was really great and gave me that additional boost of confidence to go on to do a degree in Civil Engineering. I enjoyed hearing talks from women engineers, doing various activities at the University and going on some visits. I remember most hearing from women engineers which proved to me that women could do engineering jobs, and also meeting other girls who were considering engineering.

I also went to an event at Queen's University in London, a one day event, in the same year or the next year. At this event I met a woman engineer who worked for Ove Arup and Partners. I asked her for some pre-University experience, which she helped to facilitate, and I continued to also work with them the summer after my first year at University. Again this gave me that extra bit of confidence to continue with engineering and to get other positions later.

Challenges… of being female

I did face a few challenges along the way when working my way towards the idea of doing engineering. When I was in my third year in secondary school when applying for options, I was refused a place on the technical drawing course because the school had received too many applications and as I was told by the then female Deputy Head that 'the boys should have preference'.

In my fourth and fifth year I was however permitted to do the course at 'O' level and won the school prize in technical drawing. I was awarded my prize by the same female Deputy Head who had refused me a place on the course three years before, which I admit I was quite happy about! At an interview for an engineering scholarship before I started my first degree, I was asked if I 'liked babies?' because I lived in a rural area and did babysitting for pocket money during school age. I was not given this scholarship. I cannot believe that male candidates would have been asked the same question? I think that such incidents would not happen today or if they did, would I am sure be against the law (they may have also been against the law then but I was not aware of such issues at the time). I was however later awarded a scholarship to undertake my Masters degree which was awarded by an academic funding body through the University of Newcastle upon Tyne course application process.

Following school, I undertook a four year thick sandwich course in Civil Engineering at Loughborough University (1985/9) so that I could do a year in industry as part of the course and came out with a First Class honours degree and a Diploma in Industrial Studies. A few years later I also undertook a Masters degree in Environmental Engineering (1993/4) at the University of Newcastle upon Tyne and came out of this with a Distinction and the Peter Isaac Prize for being the best all-round student at the University during this particular year in Environmental Engineering and Public Health Engineering.

Finding a passion for engineering

My first working assignments were in building engineering which I enjoyed, particularly the parts working on building sites. I particularly enjoyed working with the contractor staff, who used to have a great sense of humour, often teasing me in my role but also very supportive and I think secretly proud to have a female engineer working with them. I also greatly enjoyed seeing the building appearing from a brown field site to becoming a fully functioning building. Water, sanitation and public health engineering were however my real interests and passions as for me this provided the clearest link between people, life, health and dignity.

Working in Africa and Asia 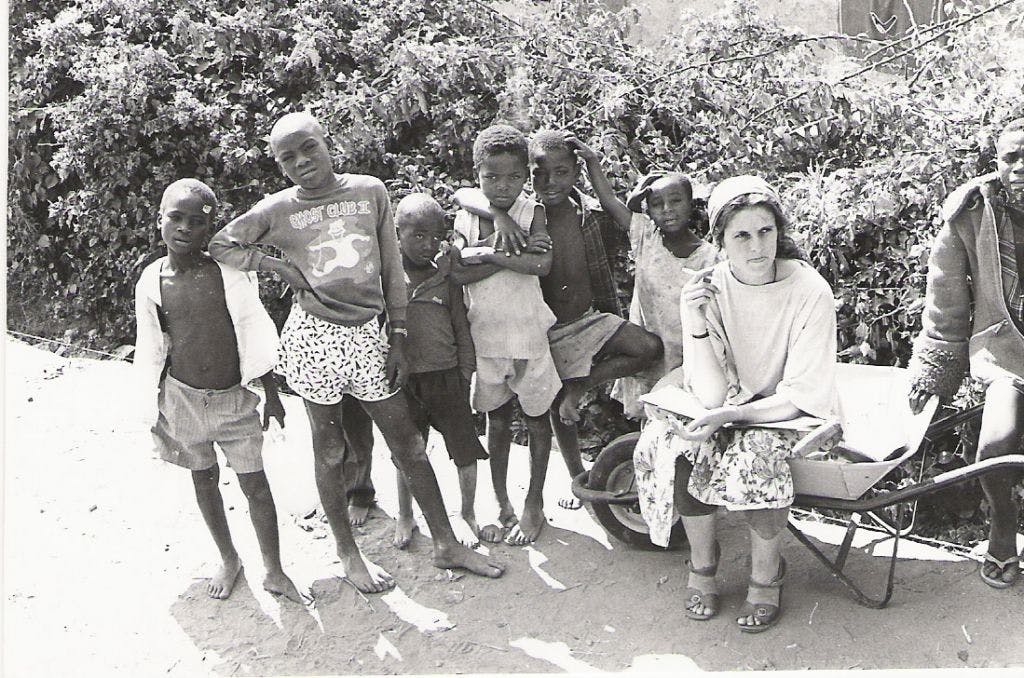 1992 - One of my favourite pictures of myself thinking whilst sitting in a wheelbarrow in the townships of Lusaka Zambia, with children watching and keeping me company (note I am holding a pen not smoking) - working as a United Nations Volunteer for UNCHS(Habitat)

I had a very strong desire to work overseas in Africa or Asia in low income countries on water and sanitation. I undertook my first assignment overseas (1991-3) as a United Nations Volunteer for UNCHS(Habitat) working as a Training and Implementation Engineer. In this role I was supporting large mainly female labour intensive workforces (i.e. where most of the construction is done by hand rather than by machines) undertaking upgrading work of the townships in Lusaka, Zambia. This included roads, drainage, refuse collection and sanitation. During this assignment I learnt a great deal, started to understand the complexity of international development work and also faced incidences of violence against women working on the project. This in turn led to a realisation that as an engineer that to be effective in such low-income contexts that engineers and other technical staff needed to also understand communities and the social dynamics including gender issues as well as the technical issues. But I realised that in my training to that point I had not really had the opportunity to do so. On discussion with other engineers I realised that others also faced the same gaps in knowledge and hence this encouraged me to take a slightly new direction to my work over the following years. This was one which saw me continue engineering but increasingly focus on how the social and technical aspects of projects interact; and to work to train technical staff on the wider social, gender and later equity and inclusion issues, that are essential for us to understand if we are to be effective and to reach the most vulnerable and marginalised people. 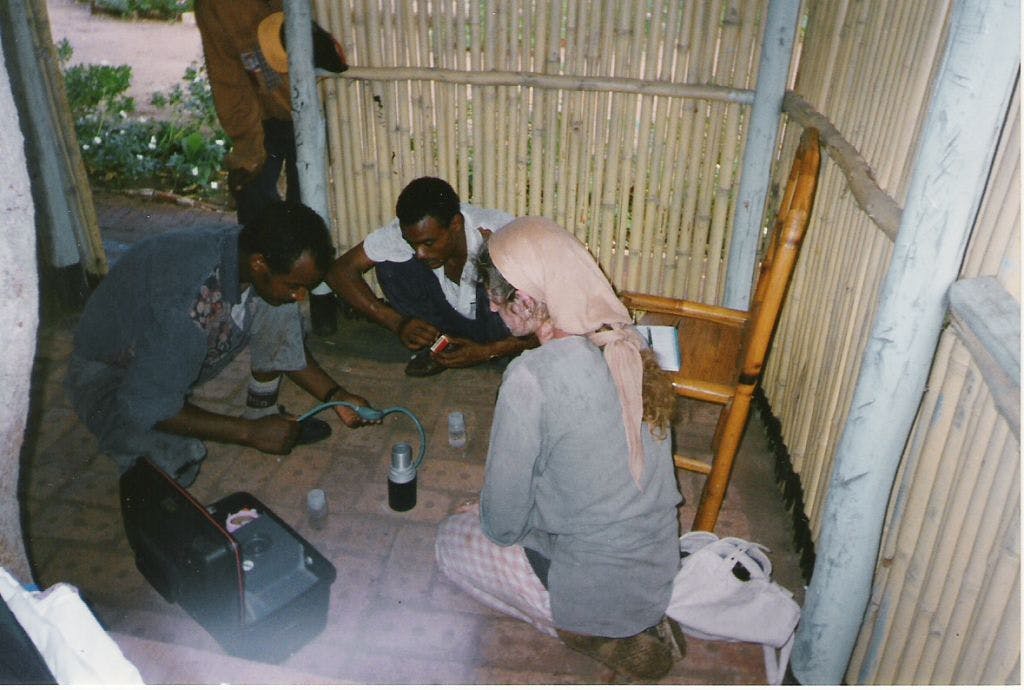 Since this time I have undertaken a wide range of work for a range of different organisations - a few examples include: research on emergency water sources at the Water, Engineering and Development Centre (WEDC) at Loughborough University (1995-8); working as the Programme Manager on a water, sanitation and hygiene (WASH) programme in the middle of the African bush in a remote district on the edge of the Maasai Steppe on behalf of WaterAid (1999-2002); working on the emergency response in Pakistan on behalf of OXFAM after the Pakistan earthquake (2005-6); working as the WASH Manager for UNICEF at national level in Tanzania (2009-10) where my job involved providing support to the Government of the United Republic of Tanzania on issues related to sanitation, household water treatment, school WASH and emergency WASH; to helping the National Water, Sanitation and Hygiene Promotion Committee in Liberia to undertake a capacity development assessment for the WASH sector in Liberia and to develop a National Capacity Building Plan. 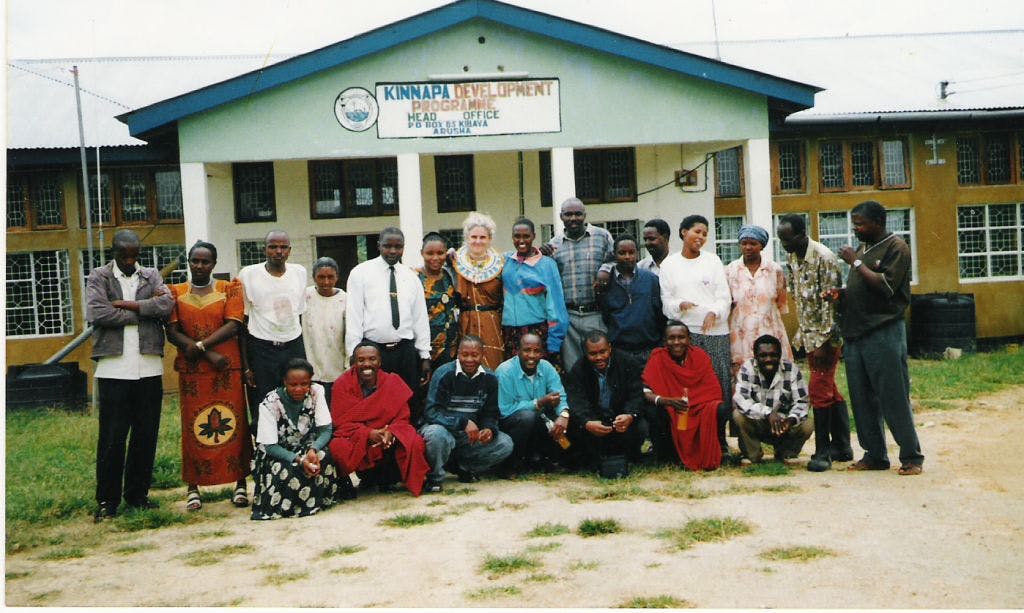 2002 - Myself with colleagues from one of our partner organisations, KINNAPA Development Programme, Kiteto, Tanzania on my leaving day - working for WaterAid

Since 2002, I have for most of these years worked as a freelance Public Health / WASH Engineer which has meant that I have been able to mostly choose which work I would take on and where. Over my career I have undertaken work in: Afghanistan; Andaman & Nicobar Islands (India); Azerbaijan; Cambodia; Colombia; Croatia; Ethiopia; Ghana; Guyana; Kenya; Lao People's Democratic Republic; Liberia; Nepal; Pakistan; Sierra Leone; St Lucia (Caribbean); Tajikistan; Tanzania; Uganda; Zaire; Zambia; and Zimbabwe.

I have increasingly become involved in capacity building of WASH staff, including for those who are working in humanitarian emergencies and on issues related to equity and inclusion in WASH programmes. I have been involved in some research including learning from people with disabilities in Cambodia and have undertaken research into menstrual hygiene management, co-publishing a resource now being used globally called 'Menstrual Hygiene Matters' - www.wateraid.org/mhm. I am currently working with a small team on the development of a toolkit (training and advocacy materials) on violence, gender and WASH. This toolkit aims to help WASH practitioners (such as engineers, technicians, managers, social mobilisers and other staff) to be able to better understand how they can contribute to reducing vulnerabilities to violence through the way they work with communities and involve women and girls, as well as men and boys, in project design, implementation and management. It is now a few years since I have worked on pure engineering design. But my engineering background and experience allows me manage programmes, or to undertake evaluations and research or to develop training materials and resources which will allow engineers and other technical staff to be able to implement more effective programmes.

2010 - Being assisted to walk across a river by two community members, together with two colleagues from the Ministry of Health & Social Welfare and the Ministry of Water of the United Republic of Tanzania as part of a study tour on sanitation and hygiene - working for UNICEF

I have had a very fulfilling career and have been privileged to have met many amazing people from around the world from diverse countries and settings. I have been touched by so many people's kindness, I have enjoyed working together in partnership and learning from many people, sometimes laughing together in response to somehow crazy situations that can occur, and sometimes crying together through the saddest. I can still see in my mind the first child's funeral that I attended in Africa - I can see the little girl in the woolly red hat lying in her small coffin after having died of diarrhoea and vomiting, both of which are symptoms of WASH related diseases and which still today kill thousands of children every day. This experience along with many others which came after it, have continued to reinforce my belief in the critical importance of engineering to life, health and dignity. I know for sure that if I was to choose my career again I would choose exactly the same.

2013 - Myself doing a presentation on menstrual hygiene in emergencies at the Emergency Environmental Health Forum, London, 2013

Thanks very much to the WISE programme all the way back in 1984, for giving me that extra little bit of confidence that has allowed me to undertake this amazing and diverse career. I tried to get back in touch with my old Physics teacher (at St Peter's Comprehensive School, Burnham-on-Crouch, Essex) a few years ago to let her know what her support had meant to my life and career, but sadly I have not been able to locate her. Wherever she is and if by chance she is still with us and gets to read this blog - then Mrs Mabbutt thank you for encouraging me and handing me that leaflet all those years ago. Your impact on my life and career were much bigger than you I am sure would have at that time imagined.

"I am already a STEM Ambassador and will continue to do events in this area. Whenever I meet women engineers, or others working in this sector internationally, I will continue to encourage them in their work and keep in touch remotely providing support and encouragement over time." Sarah House

What will you do?

We invite you to make a special new year’s resolution for 2014. We can all make a contribution, big and small, towards the UK’s STEM workforce being 30% female by 2020. What will you do? Join us in making a WISE New Year Pledge and share your ideas.