It is Rocket Science 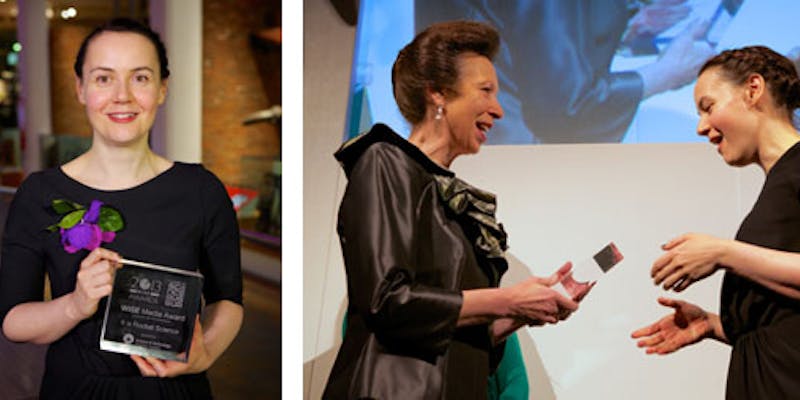 It is Rocket Science, a stand up comedy show for BBC Radio 4, has won an award for its creative use of the media to shape public attitudes towards women and girls in science.

At a glittering award ceremony at the Science Museum, London, last night (Nov 14) Helen Keen from It is Rocket Science was presented with the Women in Science and Engineering (WISE) Media award by HRH The Princess Royal.

The award, sponsored by the Science and Technology Facilities Council, was won by the Radio 4 comedy show, created and presented by women, for its highlighting the achievements of women in space exploration.

The work and aim of the show, as well as being funny, is to champion lesser known people involved in the advancement of space science and to enthuse an audience who might not consider the subject exciting or even comprehensible.

The radio show has led to spin-off live events such as Helen Keen’s Spacetacular variety show, where female speakers always make up at least 50% of the performers.

After receiving her award from the HRH The Princess Royal, Helen said “We always knew we had a potentially great programme that would deliver real learning with entertainment.

Winning this award means that other people believe in us. It inspires us to develop new ideas to bring education to different media to make a real difference to people’s lives.”