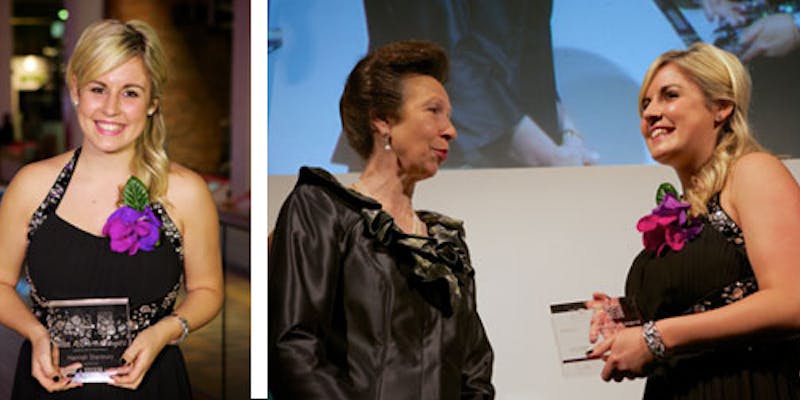 A young woman who led a male dominated team in the Brathay Apprentice Challenge has won a national WISE award for inspiring girls to choose a career in engineering.

Hannah Stanbury, Apprentice weapons fitter at Gosport Defence Munitions, Ministry of Defence, was presented with the Women in Science and Engineering (WISE) Apprentice award at a glittering award ceremony at the Science Museum, London, last night (Nov 14) by HRH The Princess Royal.

The award, sponsored by the Institution of Mechanical Engineers and the BBC Academy, was presented to Hannah for being a fantastic role model for other young females looking to pursue a technical apprenticeship.

One of only two female apprentices at Gosport Defence Munitions, Hannah achieved a star distinction in level 3 BTEC national diploma in mechanical engineering. She is now studying for the Higher National Certificate.

Nationally, only 400 females started an engineering apprenticeship last year, compared to 12,880 males, which is why WISE have introduced this Apprentice Award.

Gosport’s Apprentice Training Officer Kevin Haydock says: “Hannah is by far the hardest working and determined student we have”.

Watch the video of Hannah produced by the BBC Academy, sponsor of the WISE Apprentice Award 2013