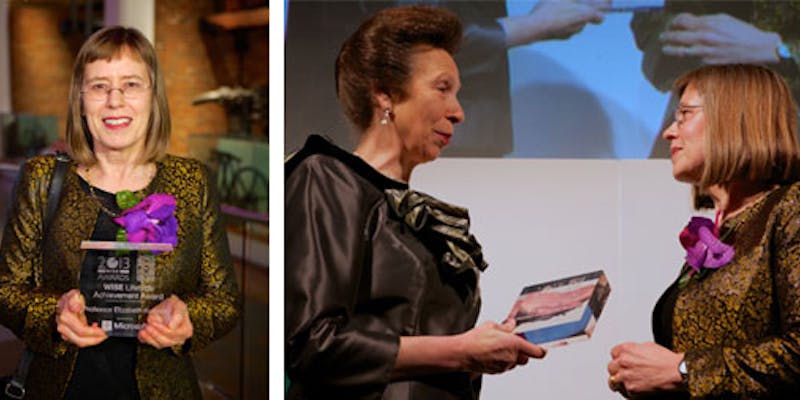 Professor Elizabeth Kuipers, Professor of Clinical Psychology at the Institute of Psychiatry, King’s College London, has been recognised for a lifetime of achievement in science.

She received the Women in Science and Engineering (WISE) Lifetime Achievement award at a glittering award ceremony at the Science Museum, London, last night (Nov 14) from HRH The Princess Royal.

Sponsored by Microsoft, the award recognised her pioneering work in the treatment of serious mental illness.

Elizabeth has been at the forefront of psychological therapies that improve outcomes for people with schizophrenia and set up a website to provide information and advice to families and carers affected by this serious mental illness.

She has been a role model in how to combine the demands of a successful clinical and academic career with a family life, in what remains at a senior level a male-dominated profession.

Elizabeth started the Women in Science initiative at the Institute of Psychiatry, including series of events named ‘Inspiring Women’. These included a Q&A with Sally Davies, a photographic exhibition of female professors and podcasts from researchers and students describing the women scientists who have inspired them.

After receiving her award from HRH The Princess Royal, Elizabeth said; “We are working hard to make sure that the wider scientific community in which we operate looks to change the experience of women at work. When I started my career there were far fewer women role models in science but I was fortunate to have worked with inspiring peers in a supportive environment.”