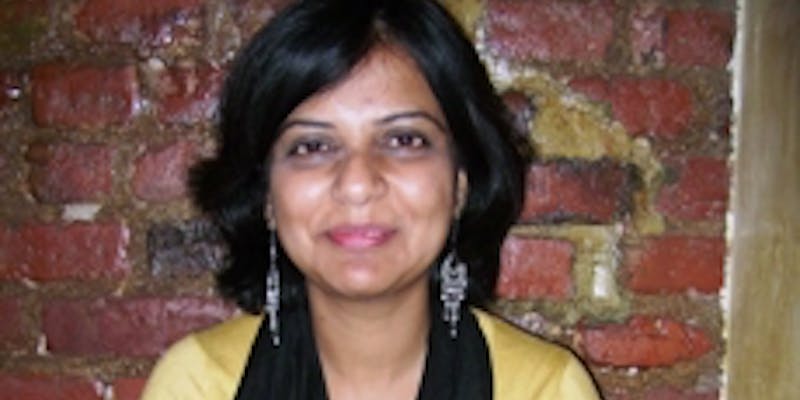 Priti set up her own company - Development Vision 2o2o - offering consultancy services for infrastructure delivery solutions, which are sustainable and relevant for low-income communities.

In May 2010 I set up my own company - Development Vision 2o2o - which offers consultancy services for infrastructure delivery solutions, which are sustainable and relevant for low-income communities. I work as a Research Associate at the Business School of Imperial College on the Energy for Development project. My specific role there is to develop business models for rural electrification in East Africa. I also work with Arup on infrastructure and energy projects there.

2. What attracted you to this job?

I was inspired to become an engineer by my father (Prof. Himanshu Parikh) who works in the slums and villages of India and has changed many lives using a concept called Slum Networking.

When I graduated, I worked as a structural engineer designing retaining walls, beams, columns and domes for a five star hotel in Rajasthan but when I went on to work on infrastructure projects in slums and villages in India, I realised that the social impacts of engineering can be best achieved in those environments.

3. What does your typical day involve?

I don’t really have a typical day. I am working in academia as well as being a consultant in business enterprises, which are very different worlds! I do find that the projects I work on are diverse, though they are all linked by a common theme. At any one time, I can be looking at infrastructure provisions for a university campus in Tanzania, establishing ways in which a city can use it’s waste to generate energy in Nairobi, or looking at business models for rural electrification in Kenya.

4. What gives you the most job satisfaction?

Working on projects such as these enables you to see how you can make a difference and you can see these changes through your own work, which I find very exciting and really fulfilling. Sometimes it absolutely isn’t rocket science and very simple technological answers – creative, common sense solutions – make a really big difference.

I grew up in India, but I now have a lot of working experience in East Africa, which has also enriched my personal and cultural experience of life – it’s opened up another dimension.

When I first came to the UK, I was in my late 20s and, at the beginning, everyone assumed I was a recent graduate; I remember having to keep telling people that I was 28! In the late 80s and early 90s, engineering was a male-dominated area, even more so than now, and there really weren’t many engineers who were only 5’ 4” tall! On one occasion, I remember, I had volunteered myself to assess buildings after the earthquake in Gujarat in 2001 and I arrived to be greeted with “Nice to meet you, but where is the engineer?” “I am the engineer!” I said. I used to get really cross, but now I think it is just funny.

6. What do your friends and family think about your job?

I know they are very proud of me and very excited. They are keen to hear what I am up to; they know I am doing things which are very different and exciting.

7. How did you get to where you are today?

I started my career as a structural engineer then went on to work on infrastructure projects in slums and villages in India, realising that the social impacts of engineering can be best achieved in those environments. I decided to do my masters and doctorate in the Centre for Sustainable Development in the Engineering Department at Cambridge

During my doctorate, I carried out 700 socio-economic interviews in the slums of India and townships of South Africa to better understand the benefits of engineering interventions like water-sanitation infrastructure. Setting up the interviews, managing the logistics, finding the right team and analysing the evidence collected from the interviews was a big challenge and I learned a lot during my field trips.

My research demonstrated a few key points. Firstly, there is no cheaper, faster or better way to alleviate poverty in slums than by providing clean water and proper sanitation. Secondly, asking 700 families to prioritise their needs all came back with a single, clear response that water and sanitation is their top priority. A one-time expenditure of £100 per family on water and sanitation infrastructure had directly increased literacy rates for poor children (particularly girls) from 30% to 60%, reduced infant mortality and had almost doubled the incomes of the poor (particularly women) in 5 years.

I have been part of an All Party Parliamentary Group for Engineering and Information Technology and I gave a speech about the role of engineering in international development. My speech discussed the impacts of engineering interventions on health, education, income and housing in developing countries and has been described as inspirational.

8. What subjects did you study at school?

I studied in India, but the nearest equivalents to here are that I did maths, physics, chemistry and biology. It’s normal in India to do two maths subjects and separate sciences. In languages, I also learnt English and Hindi. My native language is Gujarati, though I now know a bit of Swahili which I am trying to improve through my work and travel in East Africa!

9. What did you study at university?

As an undergraduate I read structural engineering though most of my work has actually been in civil engineering.

The thing that took me a while to discover - that what you do is only any good as a career if it is something you enjoy doing and are good at. Using what you are naturally good at means that you learn quickly and have a decent chance of having an enjoyable job. So, look at what you are good at and make sure you pick that up and use it in your career.

Also, if someone says it is not possible, don’t just listen to them. Ask yourself if you think it could be possible and then see what you need to do in order to achieve it.

11. Do you have any role models or mentors who influenced where you are now?

It really is my father. He has been a major influence on me. His work in the slums and villages of India has completely changed the lives of half a million people in Indore through water and sanitation provisions. I saw this process of transformation in slums as a teenager and this inspired me to become an engineer.

12. What do you have by way of hobbies and other interests?

I do go to yoga classes every week, I am trying to improve my palm-reading skills (!) and I like watching films and walking, as well as cooking and eating!