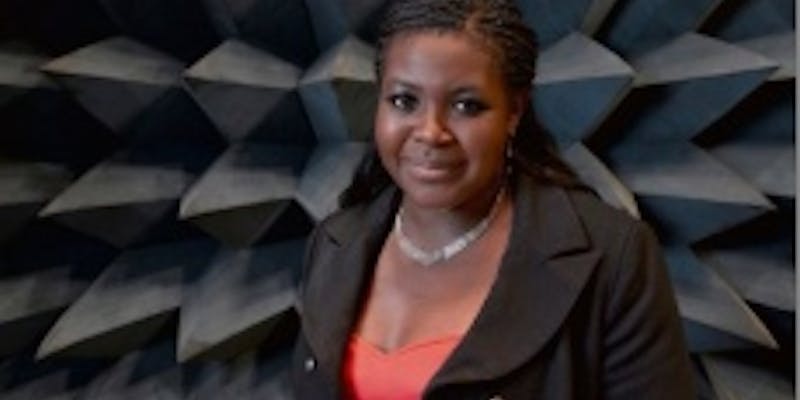 Having clambered ungracefully into the back of the cab, I realise I'm being scrutinised by its driver. "So what do you do then, love?"

The cabbie does a double take in the rear-view mirror. I guess it's not the answer he was expecting when he picked up the black woman smelling faintly of vinegar and holding empty bottles and balloons.

I explain that I've just been doing a talk at a school and there ensues a vigorous, though rather one-sided, discussion about life, the universe and everything, taking in the Moon landings ("a hoax", he says), life on Mars ("probably living in caves under the surface") and the value of investing taxpayers' pounds in space science ("I mean, what bloody good does it do?").

The last one is a particularly good question. The short answer is: lots. What my cabbie, and many others, don't realise is that the UK's space industry is worth around £7 billion to the economy and is growing at a fantastic rate, with companies such as Surrey Satellite Technology (SSTL), Imarsat and Astrium, my employer, working with dozens of universities and small businesses, to do world-beating stuff in science and telecommunications.

The cabbie's scepticism made me realise something else, however: that the value of space, as with much of science, shouldn't be measured simply in pounds made, or widgets produced, but in its power to inspire. In this respect, "Houston – we have a problem"....

Read the rest of the news article