Kate Arkless Gray: Keep sexism out of space: Kicking up a stink about Lynx Apollo 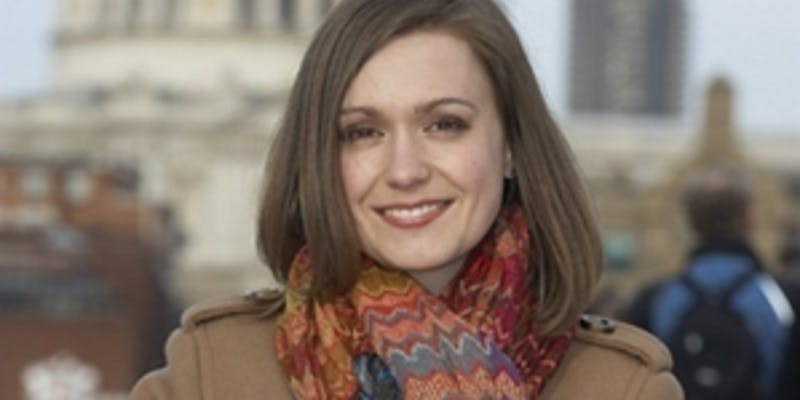 Kate Arkless Gray: Keep sexism out of space: Kicking up a stink about Lynx Apollo

When I turned 30, I decided that I wanted to be an astronaut. My friends thought me crazy, but I gave myself the challenge of getting to space before I was 40. You can imagine my excitement upon hearing that a competition, promising the prize of spaceflight, was about to launch.

I signed up fast and set about collecting votes, but the images that I was offered to share on Facebook made me feel uneasy. If I didn't want my own picture or the generic branding, I could select an image of a pretty woman draped over an astronaut, or even one suggesting that she'd stripped for him.

The competition is run by antiperspirant brand Lynx,and the advert shows a house on fire, a helpless woman who needs rescuing, and a strapping male fireman who saves the day. She gazes longingly into his eyes, then ditches him when a male astronaut shows up.  The voice over invites you to enter the competition for a chance to go to space, with the strap-line “Leave a man, return a hero”. The website explains that Lynx are “scouring the world for a few brave men for the opportunity of a lifetime” (emphasis mine). You might understandably think that only men can apply for the contest, but thankfully our country has laws that prevent such discrimination on the grounds of gender, so I'm in the running, hoping to show that women are just as capable as men of surviving space travel.

I know the Lynx brand is aimed at men, but why do they feel the need to portray women as helpless trophies? They could have been brave and shown a female astronaut, with only the guy wearing their product standing a chance with her. It fits with their brand values, shows the effect of their product and challenges existing sexist stereotypes. 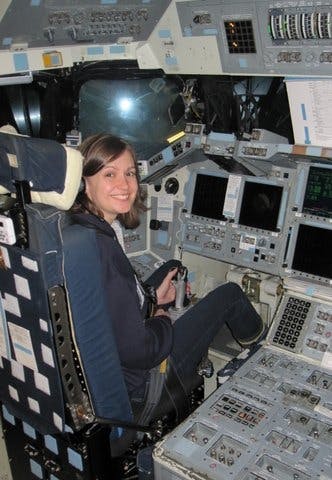 Am I making a fuss over nothing? It seems that that's what Lynx would have you believe. A statement from them said their adverts were “designed to be light-hearted”. But would we allow a bit of “light-hearted” racism?

This global advertising campaign is reinforcing the idea that men are strong and smart, whereas women are just trophies to be won. This sort of message does have an effect, even if we don't realise it. A 2012 study into sexism in the lab (published in PNAS), showed females were less likely to be promoted to lab manager, due to “enduring cultural stereotypes about women's lack of science competence”. Exactly the sort of stereotypes that organisations such as WISE and NASA fight against in order to encourage more young women into STEM. Exactly the sort of cultural stereotypes that the Lynx campaign promotes.

I emailed the Head of NASA about the issue and he arranged for me to be provided with a statement (the full text of which can be found in my original post). “Even today in 2013, many images of women (and stereotypes of men) in the media show that we still have a lot of work to do regarding the role of women and their importance to fields like STEM”.

It's encouraging that NASA took this issue seriously. It shows their commitment to opening STEM to a diverse community.

Lynx maintain that the competition is not meant to exclude anyone, yet it is interesting to note that in Russia, Mexico, Kuwait, Indonesia,Saudi Arabia and the UAE, you have to be male to enter. A point I'll put to brand-owner Unilever for comment.

In the meantime, if you'd like to help this woman achieve her dream of spaceflight please spare a moment to vote for me and I'll be keeping spacekate.com updated with my latest adventures. Feel free to drop me a note on Twitter as @SpaceKate if you agree that sexist stereotypes should be kept out of space.

WISE says: What do you think about Kate's take on the Lynx advertising campaign: is their stereotyping damaging to women in STEM or is it just harmless fun?