Rugby boots and radiation: life as an NHS clinical scientist 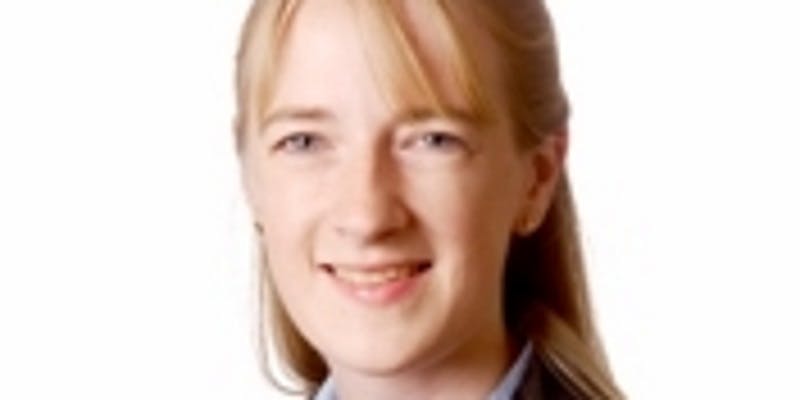 Rugby boots and radiation: life as an NHS clinical scientist

Laura Sawyer is a Clinical Scientist working at the Royal United Hospital, Bath. She is the Honorary Secretary of the Institute of Physics and Engineering in Medicine.

My family wasn’t at all scientific, but I went to an all-girls school where there was a positive attitude to science, and I enjoyed maths and physics.

Two things in particular influenced my choice of degree and career. After my GCSEs I did a work placement at a hospital in Bath, where I lived. A rugby boot company paid for a local rugby team to visit the hospital and try out different kinds of boot, using the hospital’s thermography equipment, and I was able to work on the analysis. The idea was that damage on a foot would show up as higher temperature, and we needed to determine which boot was least damaging for playing rugby. It was an interesting experience, and I made some good contacts.

The second influence was my physics teacher. She was very inspiring, and encouraged me to consider medical physics as a career. I went to Exeter University on a four year Master of Physics degree, and then got a trainee job in Southampton. While at Southampton, I did an MSc in Medical Physics in Guildford – lots of travelling to and fro! And in the summer holidays, I continued to do hospital placements. When I qualified in 2001 I came here, to the Royal United Hospital, where I work as a Radiation Physicist.  There is a great variety – some of the routine work involves things like checking Xray machines to ensure that the radiation levels are right. The increasing digitalisation of these procedures has thrown up interesting challenges.  I spend time with doctors, nurses, radiographers and others to help them use and understand the equipment. I work in nuclear medicine as well.

The NHS is a very good employer for women. In medical physics and engineering, the workforce is about 40 per cent female, which is very good compared to most SET employers.

Straight after graduating from Exeter , I joined the Institute of Physics and Engineering in Medicine. To begin with, I found the newsletter and training useful. But I wanted to find out more, and my Head of Department recommended that I join the Council. This was a good move, and I went on to be a founder member of the Communications Committee, a Trustee, and Honorary Secretary. I’d really recommend this – I focus a lot on my science skills, and this has enabled me to look at the field of work more broadly.

Finally, IPEM has a significant female membership, and we want to encourage women to enter and progress in medical physics and engineering. We link up with the UKRC, and had a UKRC Women in Leadership session which I found very helpful.