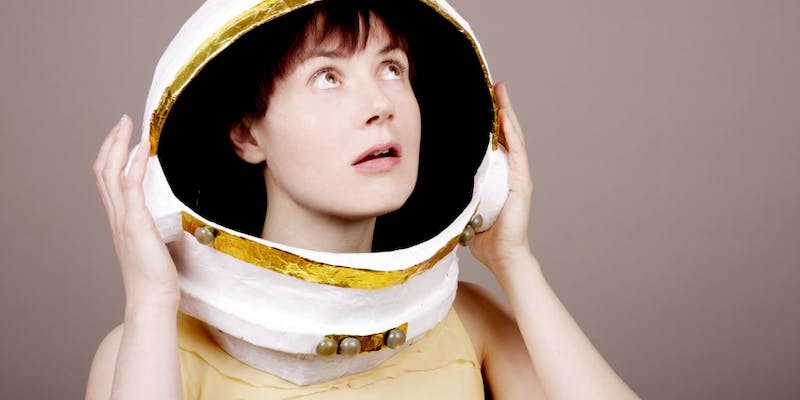 Helen Keen is a rare creature - a rocket fan turned comedienne. You can hear her BBC Radio 4 series on iplayer up to 30 April, and join her in London on 12 April (or Brighton in May) for a spectacular night of space science and comedy.

When Halley’s comet arrived in 1986 I became utterly fascinated by space – and would drag my dad outside (all too often in the pouring Yorkshire rain, I was an extremely optimistic youngster) to gaze up at the night sky.... I knew that - if I lived long enough - I would see the  same 'long haired star' once again sweep nimbly through the heavens, but by then I would be an old lady (with - I still hope - bionic legs). Halley's comet made me wonder, made me imagine for the first time what this might be like.  I was a teenager before I'd ventured beyond even the North of England, but seeing the Space Shuttle on Newsround in the 1980s made realise that there were places I dreamed of exploring up above my head, as well as down the M1.

In spite of my interest, I didn’t go on to become an astronomer or even a science graduate. However I returned to my childhood love of space & space rockets for the subject matter of my first Edinburgh Fringe show in 2008, and now my first BBC Radio 4 series, *It Is Rocket Science*. At the time I first began writing I'd graduated, and moved to London, but had become stuck in a series of dispiriting dead end temp office jobs, so escaping into space again was a joy. 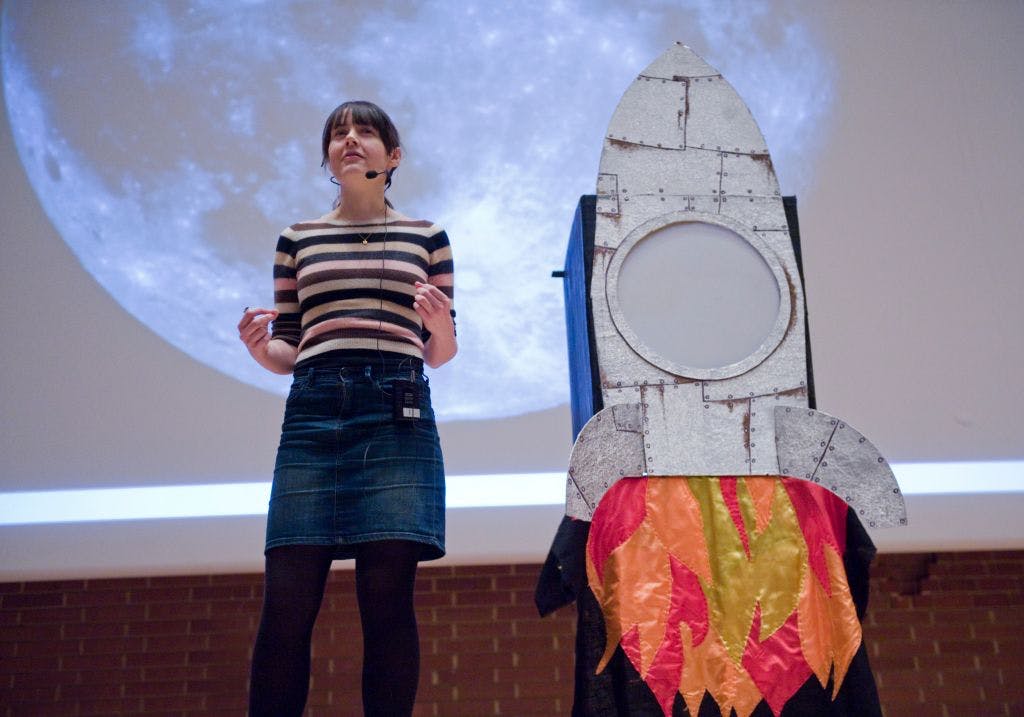 On the face of it the history of rocketry isn’t an obvious subject for comedy. But there are some amazing stories of triumphs against adversity and eccentric and outlandish characters, powered by imagination and creativity that is often overlooked because “rocket science” is a cliché of unintelligibly.

I think it’s difficult for us today to conceive how outlandish the idea of human spaceflight must have been at the beginning of the 20th century, what feats of imagination as well as engineering were required. I can't claim to understand all the intricacies of rocket science, but it's this resilient inventiveness which I've tried to celebrate in my live and radio shows. 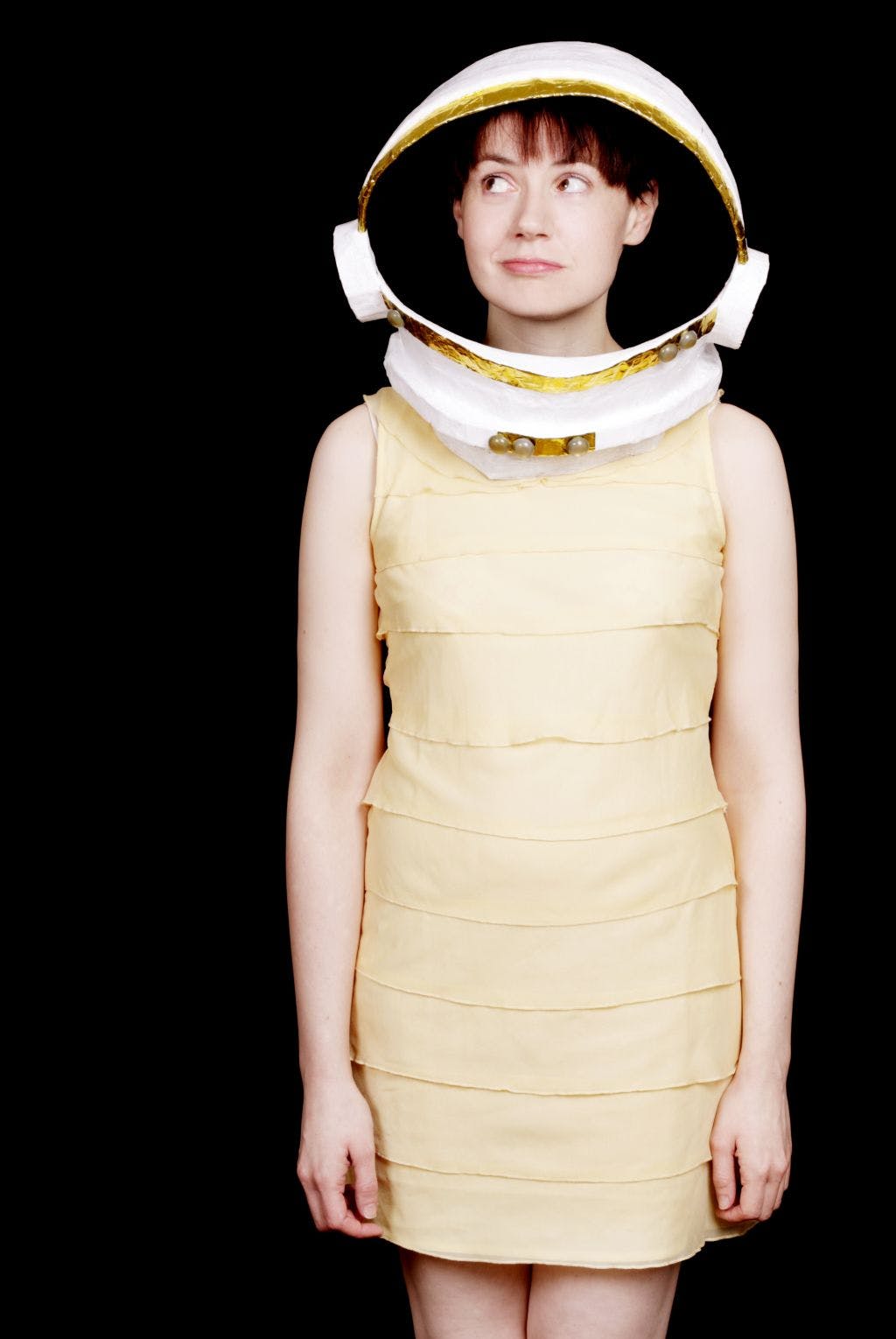 I don’t think my childhood fascination with space was unusual. One of the nicest things about the show has been talking to people afterwards and finding out that they were similarly obsessed. In fact this is something that has inspired my next venture - it's on Yuri's Night (12th April) in Camden, London and we’re calling it a Spacetackular! (see www.helenkeen.com/new for more details).  I hope it’ll give both performers & audience members a chance to share their love of space. Various guests from the worlds of science and comedy will bring along one or several items of space related memorabilia -  which could be anything from an Airfix Apollo rocket to a collection of space stamps to toy lightsabre - to use as a 'jumping off point' to talk about their interest in space. We're also hoping the audience will dress up/ bring space related paraphernalia (however silly or serious) along, and we'll pick some out to talk about on stage.  I'm hoping to look out at the audience and see a sea of tinfoil costumes.... One of our speakers has promised to wear her NASA flight suit - Sheila Kanani, who is a brilliant young science communicator and PhD student in planetary physics. I first heard about when she made a comet, live on stage, in a bucket....