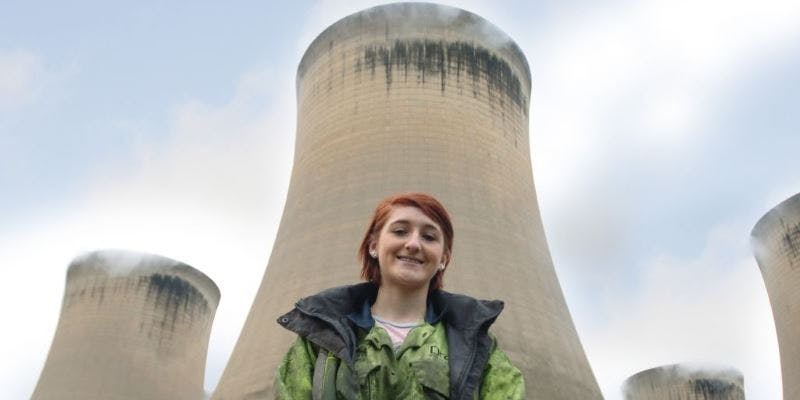 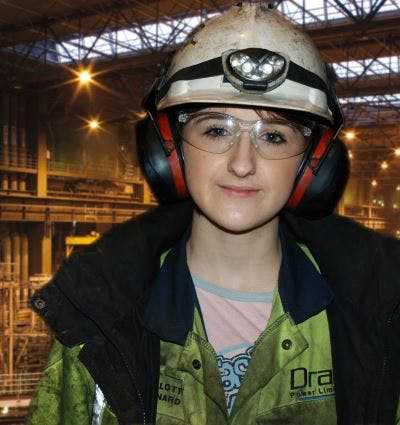 Charlotte Barnard is an Apprentice Mechanical Engineer at Drax Power Station in Selby, West Yorkshire. She has been there for three years, since she left school aged 16.

It’s unusual for young women to be apprentice engineers. For me, I have always been interested in hands-on projects and I am mechanically-minded. I did two weeks’ work experience at Drax and I enjoyed it so much I decided to pursue a career in mechanical engineering.

I applied to the Drax Apprentice Engineer Scheme, and after some tough aptitude tests and interviews I was lucky enough to be accepted onto the scheme. I was very pleased I had started a fulfilling career.

I thoroughly enjoy being an apprentice engineer. It doesn’t bother me that I am the only female engineer working here. Everyone treats me with respect, though this must be earned, and there is a lot of joking and banter alongside the hard work. I would encourage other women to be confident enough to follow their career aspirations if engineering is what they would like to do - though it’s not for the weak minded!

My apprentice role at Drax has been a mix of hands-on work experience and studying through courses at college and training centres. I have studied at Loughborough College, and the E.ON Engineering Academy training centres at Castle Donnington and Ratcliffe-on-Soar. The modules are 1-5 weeks long and cover topics such as hand skills, pumps, boiler fitting and turbines, mechanical drive, valves and pipework, and many more. I have now been awarded the BTEC National Certificate in Engineering.

As part of the BTEC course, I carried out a project on-site at Drax with the aim of improving an existing system which would bring benefits to both the environment and the plant. I came up with the idea of changing the manual drain traps to automatic for the boiler feed pump IMPRA seals, and had to find a cost effective and reliable way to achieve this.

All my time is now spent on-site at Drax working towards an NVQ level 3 in Engineering, with an on-site assessor. Every day is different; I enjoy spending time fixing machinery such as pipes, pumps, gearboxes, and making routine checks on conveyors etc.

My aim is to achieve my career aspiration to be a mechanical engineer. There may be an opportunity to gain further qualifications at Doncaster College after two years of working as a mechanical engineer - this will be my next goal. Long term, I would consider being a tutor at training centres so I get to train others including, I hope, lots of women.