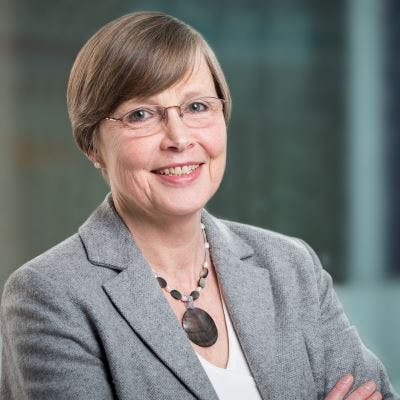 Dr Joanna Kennedy, civil engineer and project manager, was at the WISE Launch on the 17th January 1984. She graduated from Oxford University in engineering in 1972, as just one of three girls in a year of over 100, and then joined Arup as a bridge engineer. She became a Director in 1996 and later the global leader of Arup Project Management, a practice she had helped found. Throughout her career Joanna has been active in promoting engineering as a career for women and working to encourage their successful career progression. Since retiring from Arup in 2013 she undertakes several non-executive Director roles with different organisations.

Amongst her many achievements, Joanna became the fourth ever female Fellow of the Institution of Civil Engineers (ICE) in 1992, was awarded an OBE in 1995 “for services to consulting engineering” and in 1997 was elected a Fellow of the Royal Academy of Engineering. She was awarded a Women of Outstanding Achievement Award in 2008 from the UK Resource Centre for Women in STEM and was chosen as the Real Business/CBI First Woman of Engineering in 2013. Read more about Joanna. 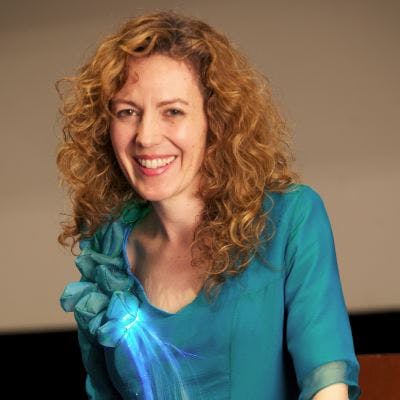 Kate started out as a trainee audio engineer for the BBC, graduating in physics from Oxford University Physics. While working for the BBC, Kate was appointed President of Young Engineers and continued to promote science and engineering via a network of clubs in schools and colleges. Then, in 2010 Kate was appointed National STEM Careers Coordinator for the Department of Children, Schools and Families. Her focus was to enable all young people to be able to make informed STEM subject and career choices, and her report “Discovering talent, developing skills – Helping STEM employers engage with schools and colleges” created a roadmap for effective employer-education engagement.

In recognition of her contribution to promotion of STEM careers in the UK, Kate was awarded the UK Resource Centre for Women in STEM’s prestigious  Women of Outstanding Achievement Award in 2011.