The Range Rover Evoque WISE scholarship ran for three years from 2013 to 2015.

This scheme is now closed.

The apprentice scholarship winners received £1000 per year, a mentor from WISE (with approval of your organisation) and various opportunities to inspire more girls to take on apprenticeships in STEM.

As well as evidence of commitment to a career in engineering, the judges looked for young women who will inspire the next generation of girls to follow in their footsteps.

Read more about the winners and shortlist 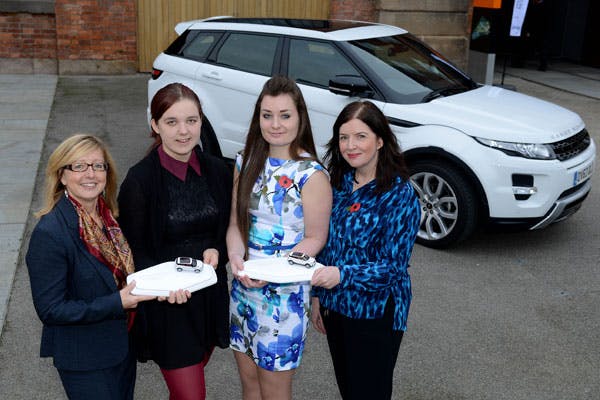 Selected by a panel of judges from over 100 entries, both Chloe and Ruby demonstrated an extraordinarily high level of passion and eagerness to take their first steps into the exciting world of engineering. Through a process of interviews and presentations, both young women exhibited the determination required to succeed in such a competitive field.

Harriet Vickers, winner of the scholarship in 2013 and meeting Her Royal Highness The Princess Royal at the WISE Awards 2013

Harriet Vickers, who won the first Range Rover Evoque WISE Scholarship in 2013, is studying general engineering at Durham University and has already been active in her role as an ambassador and role model, inspiring other girls with her passion for the subject. Harriet said, at the WISE student colloquium, “People think engineering is ‘blokey’ because they don’t understand what engineering is”. “It is not about proving yourself, but showing that it is possible. Stereotypes and preconceptions, you have to show they aren’t true."

Background to the Scholarship

Zara Phillips launched the scholarship in May 2013. 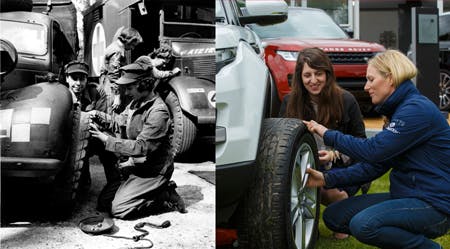 Zara Phillips seen here following in the footsteps of her Grandmother, the Queen, an ATS volunteer in World War II.