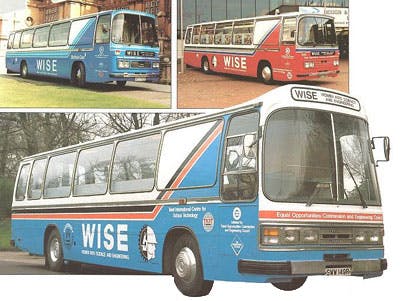 The WISE vehicle programme, a project set up in association with Nottingham Trent University, was launched at No. 10 Downing Street, London, by the then Prime Minister Margaret Thatcher MP, as a project of the national campaign 'WISE ’84'.

Such was the success of WISE 1 during its first year of operation that additional funds were sought in order to continue visiting schools throughout England, Scotland and Wales giving girls, principally in the 13-14 age range, the opportunity of gaining ‘hands-on’ experience of a variety of technological activities.

Between 1986 and 1987 a further six vehicles (including a 40ft articulated trailer) were converted into mobile workshops. In addition to school visits, WISE vehicles featured at numerous conferences, exhibitions and special events, attended by visitors and the general public.

The buses gave 13-14 year old girls the opportunity to have hands on experience of science and technology.

I joined St Alban’s CE Secondary School in 1998 as head of the Technology faculty, I had previously taught Technology in a range of secondary schools for a number of years. My aim had always been to try to challenge the gender stereotypical view that Technology/engineering subjects were not areas in which girls could excel and intrinsically enjoy. My immediate task, as HOD was to alter the mind-set of girls and some parents. I began by contacting the organisation WISE, booking a week’s loan visit of their travelling WISE bus.

This proved an enormous success amongst the Year Nine girls, their parents, school staff and St Alban’s governors. They who could all see first-hand the many different aspects of technology/engineering, particularly the various forms of CAD/CAM and CNC applications linked to career pathways. 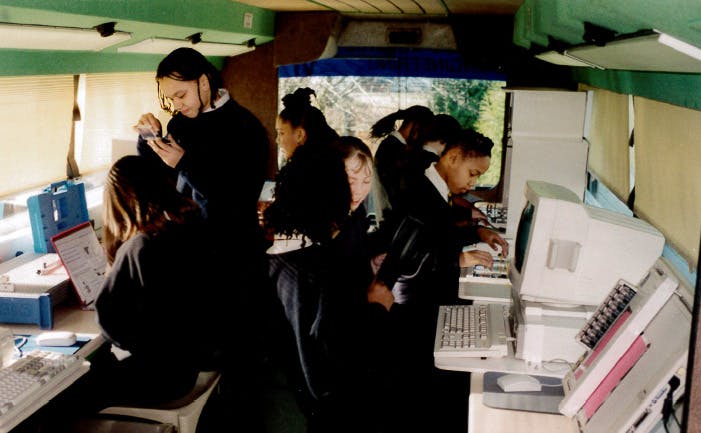 After this partnership venture the school’s GCSE option uptake for girls into these technology subjects increased significantly. This one facet impacted positively upon girls’ choice of GCSE technology/engineering options and subsequent work placements within engineering sectors. It also highlighted the route for girls’ post sixteen study. Indeed, not surprisingly, girls’ GCSE grades were and continue to be extremely encouraging. Recognition of the department’s overall performance enabled the successful application for engineering specialist status (the first one in Birmingham). When the school transferred to academy status, engineering remained as one of its specialisms.

Tragically, we are still short of engineers in this country and yet more girls than ever are embarking upon university courses, surely there is a need to take the acronym WISE (Women into Science and Engineering) ever more seriously. 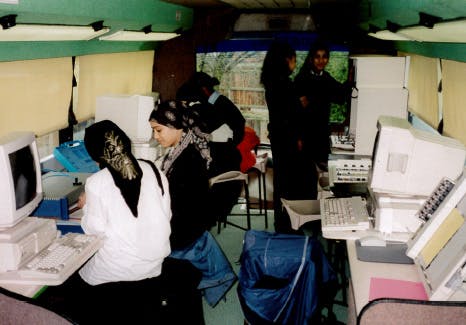