Do you remember WISE in the early years? Did WISE inspire you to go into a career in STEM? We'd love to hear from you. 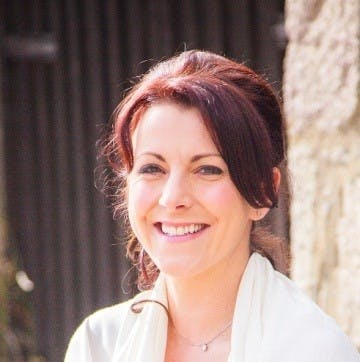 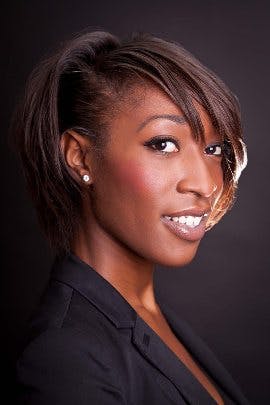 The first time I heard about the WISE bus was when it visited my Secondary School in about 1995. I was a participant in the science & technology activities scheduled on-board the bus – I was able to try out equipment such as computers (believe it or not was a new experience back then!!) and work on 2D Computer Aided Design packages and was involved with a small design and make project to gain practical experience.

My most memorable moment was feeling more confident and inspired that technology, engineering and science as a whole; was a place for women to be - and more importantly be at the forefront within.

I would like to say a big thank you to WISE and keep up the good work! Read Simone's blog 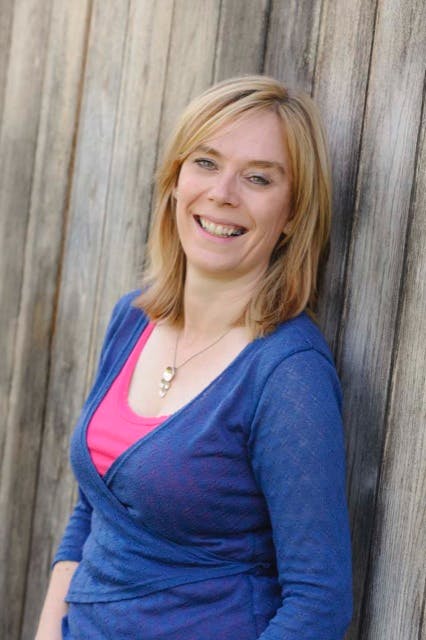 I attended WISE events in the late 1980s whilst at school in North Wales, I also remember attending GATE events. From here I had the confidence to attend a Smallpeice Trust residential event at Brunel University, where I did my degree in Design and Technology with education. I did apply to do engineering at university but decided that my strengths lay within industrial design with the long term ambition of becoming a D&T teacher.

Whilst teaching in secondary schools in Gloucestershire, the WISE bus came to my school twice. I have always been keen to encourage girls I teach to explore all career options within science, engineering, maths and design.

I am now a teacher trainer at Nottingham Trent University,and have recently been awarded the Teacher trainer of the year for D&T by the Design and Technology Association. I see a key part of my role as to breakdown the stereotypes that still exist in STEM.

I look back on my experiences at school and in teaching posts with WISE as being very significant and having a lasting impact which has led me to my current career. 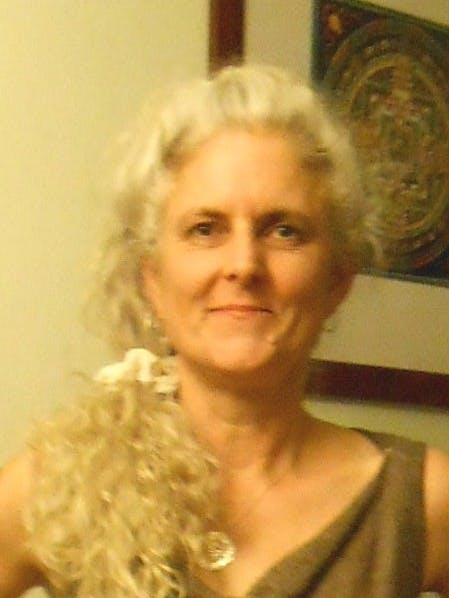 I went on one of the first, if not the first WISE week, in Cardiff back in 1984. I was in my sixth form and I had been given a leaflet from my female physics teacher who knew I was interested in possibly doing engineering as physics was my favourite subject. I was the first person in my family to go to University, second in my much wider family, and the only one in my direct family to consider becoming an engineer, although I had an aunt who was a radiologist which involved medicine, science and engineering. Thanks very much to the WISE programme all the way back in 1984, for giving me that extra little bit of confidence that has allowed me to undertake this amazing and diverse career." Read Sarah's blog 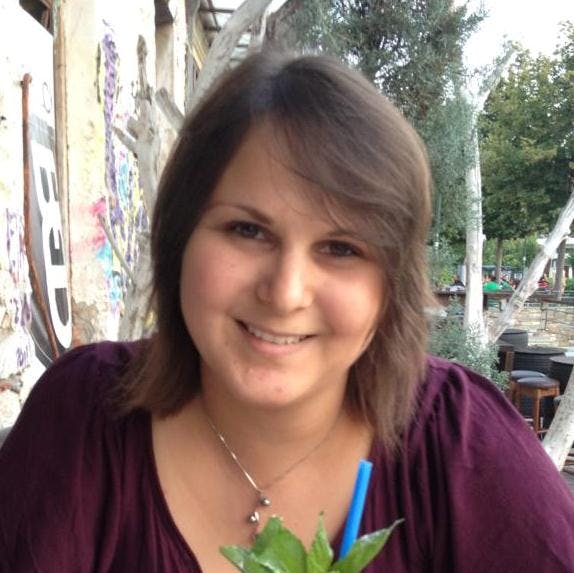 At secondary school, I specifically remember the WISE bus visiting. Instead of our usual Science class, we got to visit the bus and make something. I made a doorbell, by soldering a set of components to a circuit. It was that hands-on opportunity to make something that I relished and still do.

Engineering and travelling the world. Not a combination I thought possible when growing up. I guess like many young person’s idea of engineering, I thought it would solely involve getting my hands dirty, working on engines, or laying bricks….How very wrong! Read Katherine's blog 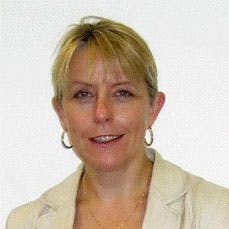 I first heard about WISE when I was in my teens. In the 1980s the WISE campaign bus visited schools and other locations in order to inspire girls to consider study and careers in science, engineering, technology and maths. As I liked maths and science at school, I was invited to go on a WISE bus. “Great” I thought, “a morning off lessons!” Read Jane's blog 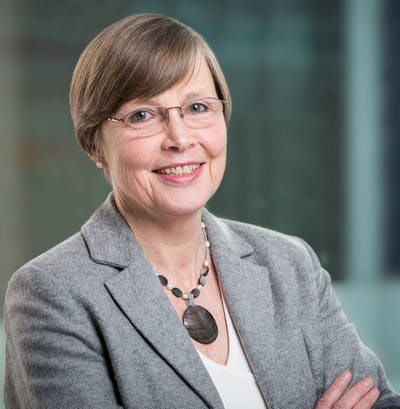 In the late 1960s my original motivation to become a professional engineer was to use my technical skills in maths and physics in a creative way to make a positive difference to the way people lived and to their quality of life...

In the 1980s the media, as well as the profession, began to take the shortage of women engineers more seriously, and I was invited by Beryl (Lady) Platt to beome involved in the launch of WISE, which took place on 17 January 1984. The proportion of female engineering students at University was running at below 10% and women were virtually unknown at the most senior level. Read Joanna's blog

In 1984 I graduated from the University of Manchester Institute of Science & Technology with a degree in polymer science and technology (chemistry) and joined BP Chemicals Grangemouth as a research technologist. The need for the WISE Campaign at that time was absolutely clear! I was one of just three girls who graduated that year on my course, and the only one from Britain; at school I had been the only girl in my A Level physics class; and now in my new job I was one of just three female graduates working in R&D on the site.

Thankfully, BP was working hard to change that profile, with more female scientists and engineers joining in the years that followed. The company also supported a range of initiatives – including WISE – to demonstrate the benefits for and of young women pursuing careers in the sector. From the beginning I was encouraged to become heavily involved as a role model promoting science and technology as a real career option for girls. I remember taking part in the first local WISE event for female pupils from schools in the area. It was great to represent the company alongside other women scientists, technologists and engineers, all keen to pass on our enthusiasm and experience. WISE activities created a much needed focal point and gave a coherent voice to those trying to achieve a better gender balance in STEM. It was good to play a small part in the Campaign from the start.

After working in R&D for a few years, I moved into corporate communications where I managed BP’s educational affairs in Scotland, before leaving to set up my own public affairs consultancy AJ Enterprises. I continue to look for opportunities to spread the WISE message, including recently chatting to young women visiting our stand at the inaugural Graduate Engineer Show in Derby. There’s still a long way to go!

I went to Imperial on a WISE weekend in the mid '90s. It was my first taste of university and gave me a great insight into lab work and the whole feel of life as a science student. Around that time I was umming and ahhing about doing sciences at A-level or more of a mix, and whether I wanted to do a science degree or a combined honours art degree. In the end I did a Marine Biology degree and graduated with a first class. I went on to do a PhD in marine chronobiology during which I fell in love with science communication and public engagement and instead of continuing in an academic career I joined the British Science Association where I have been for 7 years. I have really enjoyed working across the sciences and meeting so many excellent people but I'm itching to get back to environmental science and the sea and am in my final year of a part time MSc in Coastal Zone Management. Sci com is still a flavour in my interests and my MSc project is looking at stakeholder engagement in coastal management. I hope to move to an environmental career this year after I graduate. During my time in this sector I've been a strong proponent of supporting women in science. I've been involved with UKRC and continue to challenge science stereotypes and barriers to women in science through personal involvement in science policy.

I took part in the WISE bus in 1994 or 1995. The bus had come to the local school and as local industry we were there to support it.

We took a level and flow control rig with us and explained about some basic principles while showing the level and flow changing in the process. We were in a classroom with the bus parked outside and the girls moved around from the bus to different classrooms learning about different types of engineering. I was already an automation apprentice but it was the start of going into schools and colleges promoting engineering. This later led me to winning the Young Woman Engineer of the Year 2000 with IET and the WISE Excellence Award in 2001 mostly (I assume) for encouraging girls into an exciting engineering career. I wish this had come to my school!

It was quite nerve racking making presentations to girls not too much younger than me about a subject I had not even begun to grasp (not that I realised that at the time). I did enjoy it though and it raised my profile in my work environment. I did notice, not all the girls were interested and they knew it wasn’t something they wanted to listen to… the girls who were interested though really enjoyed the practical side of making the changes and seeing what happened. I think this is the same today, a lot of girls already have it in their head that Science and Engineering is not for them, but the girls who do have an interest show real enthusiasm!